So I work as a business management consultant based in Tokyo, and since we launched our esports advisory, where we basically tell our clients “be more serious about the emerging esports market for new business opportunities”, I got curious about how serious is my organization about esports. I mean, beside the fact that we have launched a service despite being one of the Big 4 auditing firms that have nothing to do with competitive gaming, how much does my organization actually be able to embrace the notion of gaming at a formal work environment at the heart of the financial district in Tokyo? I had to figure this out.

So first we made an esports club. Over 30 people signed up with ease. Then among the club members, we had sent a group of best gamers to participate in an external “professional” esports tournament events that held in Tokyo. Now all of them got brutally defeated, not even a slight chance, but learned how the wall of gaming professional stands high enough from a layperson standpoint.

Then we moved on to organize our own esports tournament event at work. The first one was held on April, the good old Street Fighter 2 tournament. The title itself was released by Capcom at the end of the 80s, I believe, and we intentionally chose this title because we were pretty sure even some of our senior executives must have had the experience when they were young back in the days.

It took about a month to organize, not that we worked on it full-time but needed some thoughts and decision making to throw it properly. I mean, being the very first esports event in my organization history, we had to give our best shot. We were lucky with the venue as there is a cafe space in the office that came with a projector and speakers (Bose!) already installed. We ordered PlayStation 4 and the title over Amazon and had them delivered to our office — It felt pretty good having those games shipped over at an environment packed with hundreds of serious working consultants. We made tournament rules and prepared prizes. Handing out cash would probably cause some ripple, so we decided to give out goods and luckily Uniqlo was selling Street Fighter themed T-shirts at the moment (what a timing..). 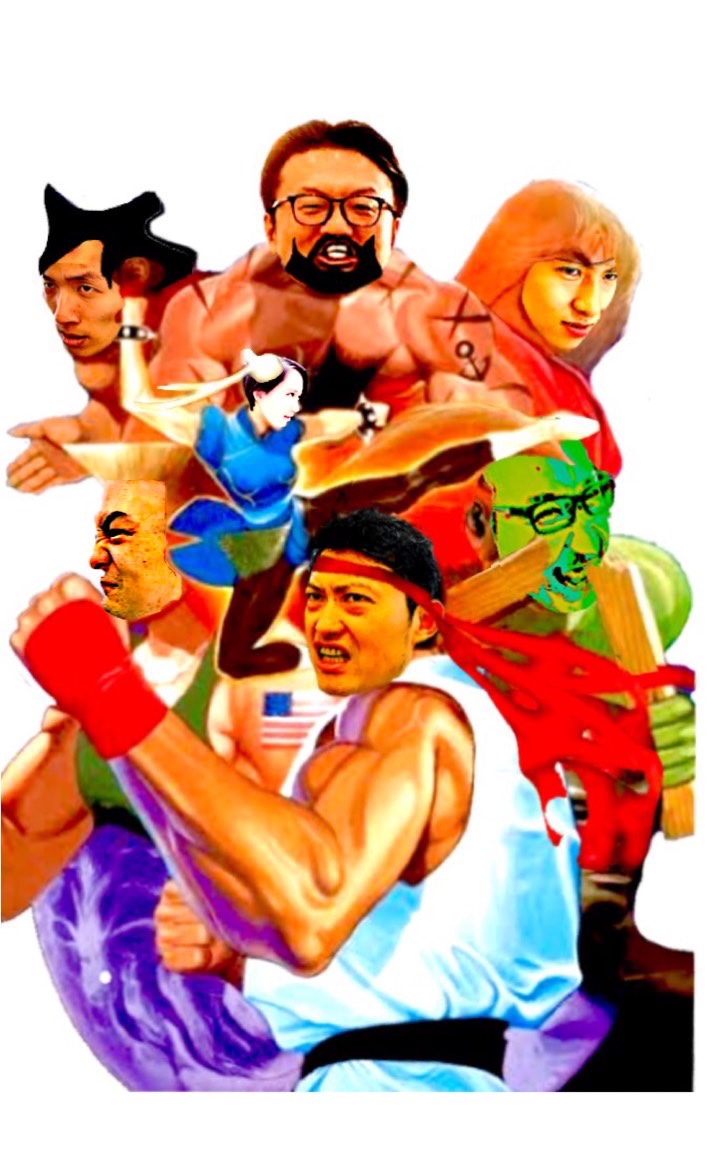 We decided to hold the event over two separate days, one qualifier and one final for the top 16. We even made posters, a tribute to the original Street Fighter 2 graphics but with employees’ faces cropped in instead. An all employee email was sent out notifying the first esports tournament match and asking for contenders to join. We had enough applicants to hold the event on two separate days. My favorite episode was the mail from one of our firm’s partners (the highest rank position in consulting industry), saying that he used to play a lot of Street Fighter when he was in highschool and if schedule permits he would like to contend. Then he showed up at the qualifier, choosing Zangief, a character that you don’t see very often being played, then beating the crap out of his opponent of the day (some poor consultant..). Yes, we were vindicated with our hypothesis.

We prepared some catering and some booze (at work!) for the proper festivity. I think around 50 people showed up at the actual qualifier day, more than half of them just to watch the match. At the very beginning of the event, we had an exhibition match between the head of marketing, who never played this game before, versus a college graduate newby, who just joined the firm a few weeks ago and also never played the game. The newby had beaten the crap out of the marketing head, and this is exactly how we wanted to be (sorry Takahashi-san). The champion of the event was a senior consultant that I never had spoken with before, but brought his own Street Figher controller (core fans actually have their own controller that resembles the one in the arcade, obviously). The next day we announced the top 3 players of the tournament with their profile photos and belonged team information. 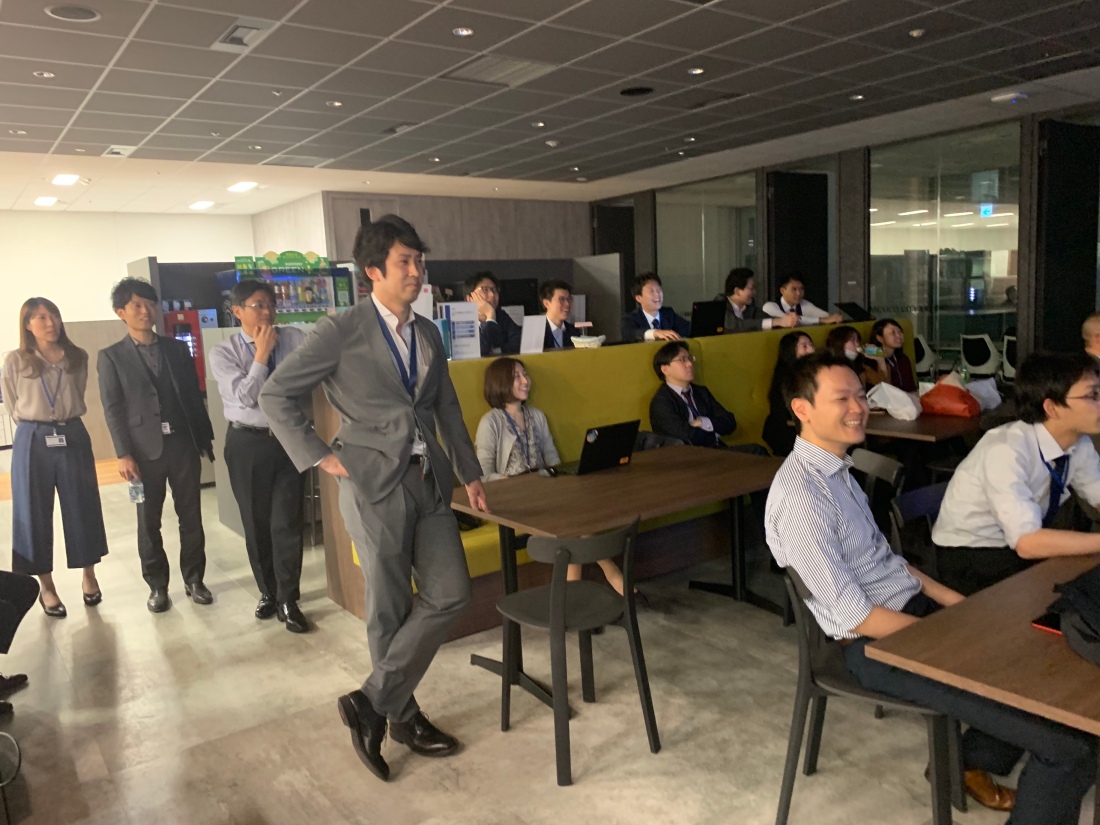 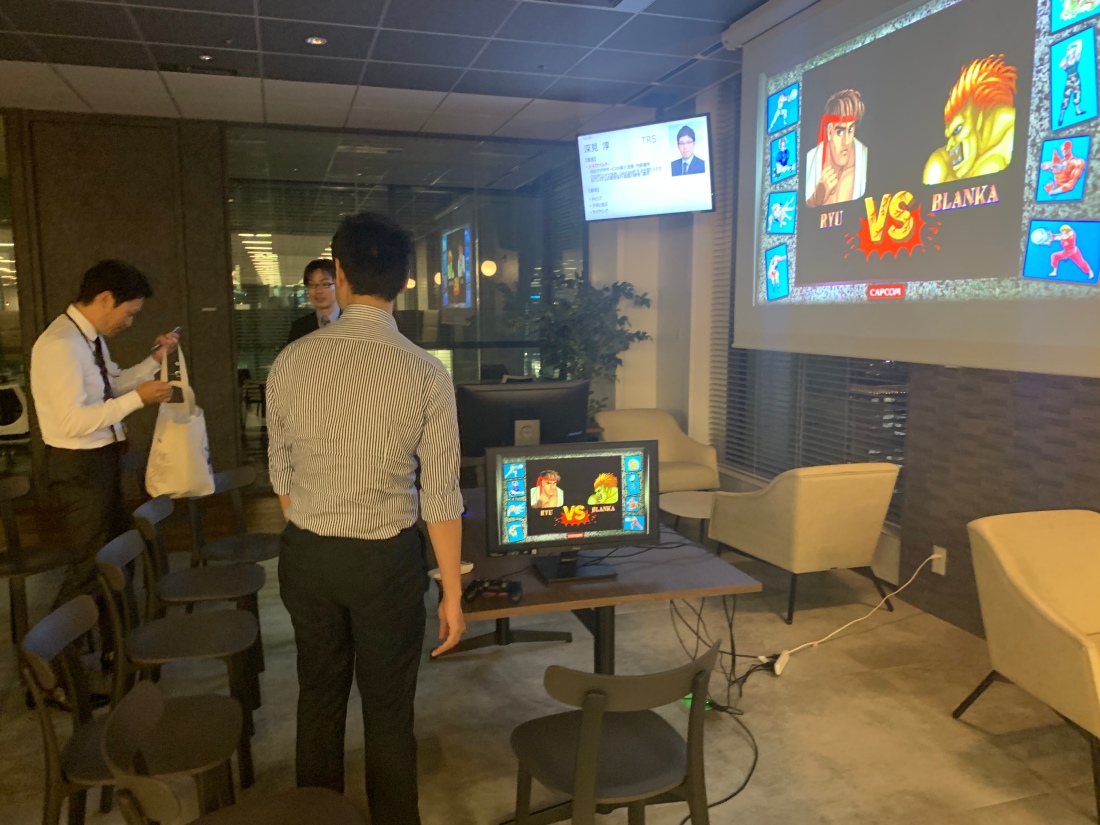 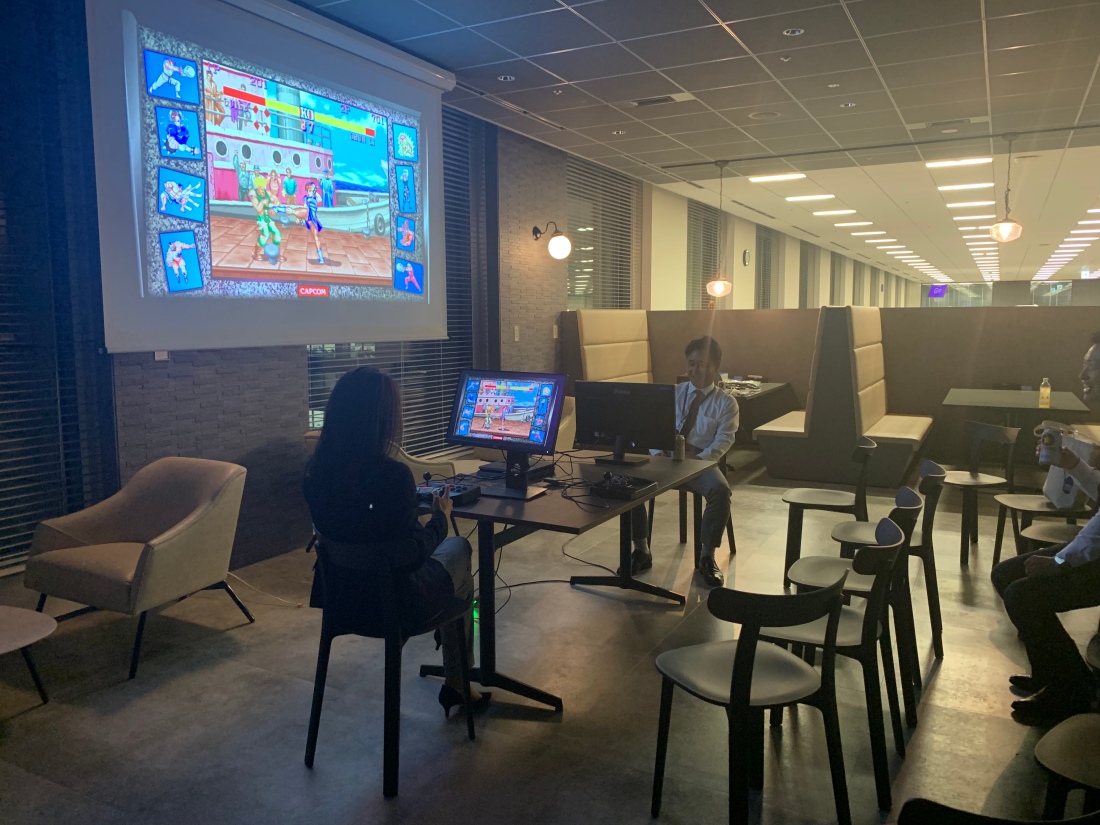 A few days later, the event was posted at our company’s official Instagram.

A few month later, we did our 2nd tournament with PuyoPuyo. We plan to throw these tournaments every quarter but with different titles.

Now I think it’s safe to state that my firm is embracing the notion of esports internally.